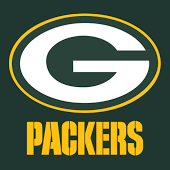 The family will receive friends at Dilday-Carter Funeral Home on Tuesday, November 10, 2020 from 2:00PM until 6:00PM.

Mike passed away suddenly November 7, 2020 in Huntingdon, Tennessee. Born July 7, 1944 in Appleton, Wisconsin to Bob and Eunice Stark, Mike graduated from Appleton West in 1962, enlisted in the Air Force, serving at Minot AFB, North Dakota until 1966. He married Shirley Alexander in 1982, became a stellar parent to her four children.

He was preceded in death by his parents Bob and Eunice Stark, his loving wife, Shirley Stark, and his grandson, Army Specialist Michael Wiesemann.

Mike worked for Great Lakes Steel in Indiana. In his retirement years, he enjoyed chopping down trees in his woods, finding firewood, frequenting flea markets, working part-time at Tractor Supply in Huntingdon. But he mostly loved his kids, his grandchildren, sitting down to a hearty meal, camping, fishing, golf, and his Green Bay Packers.

Per Mike’s wishes, he will be cremated, with cremains to be laid to rest next to his late wife, Shirley and his grandson, Army Specialist Michael Wiesemann in Indiana at a later date.

To send flowers to the family or plant a tree in memory of Michael Lawrence Stark, please visit our floral store.

You can still show your support by sending flowers directly to the family, or by planting a memorial tree in the memory of Michael Lawrence Stark
Share a memory
© 2020 Dilday-Carter Funeral Home. All Rights Reserved. Funeral Home website by CFS & TA | Terms of Use | Privacy Policy